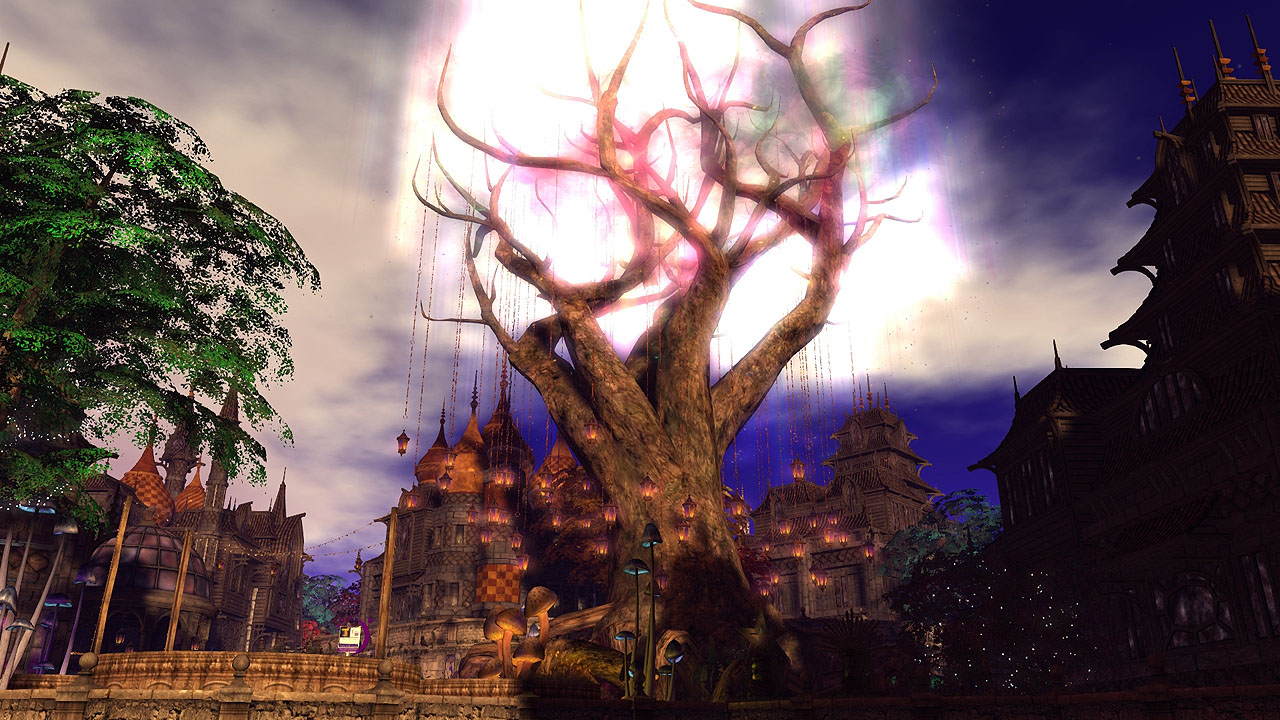 I: The Shrine Tree by Judith Cullen

CEH Productions is proud to present their latest work: a story by Judith Cullen, The Shrine Tree, created as an audio presentation by the author and fellow CEH partner Richard Elen. The piece is the first in a planned series of stories, entitled The Imagination Chronicles – Journeys of Inspiration & Invention.

Like 2018’s Arrivals & Departures, The Shrine Tree was inspired by one of the stunning virtual environments created by leading artists and designers for the annual Fantasy Faire in the virtual world of Second Life, which raises tens of thousands of dollars every year for the American Cancer Society’s Relay For Life. Indeed, the environment for The Shrine Tree was created by the same designers – Sharni Azalee and Marcus Inkpen of The Looking Glass – as created Erstwhile Station, the setting for Arrivals & Departures. And, like the latter, The Shrine Tree was written as part of the annual Fantasy Faire LitFest, where writers are invited to contribute stories and poems inspired by the environments of Fantasy Faire.

The Shrine Tree tells of a man who has earned a unique reputation as a problem-solver – a “fixer” – thanks to his ability to remain emotionally detached from the problems he is working on. He can see through the emotions that cloud peoples’ judgement to find a solution, thanks to that legendary detachment. He believes he has left the complications of the emotional realm behind him… but under the spell of an increasingly miraculous place, it becomes evident that this may not, in fact, be the case.

The Shrine Tree is read by Judith Cullen and Richard Elen, and was recorded and produced by Richard Elen. The episode includes music by Gabriel Fauré, arranged by Ben Parry and Benedict Madden, courtesy of Audio Network.

Listen now to The Shrine Tree