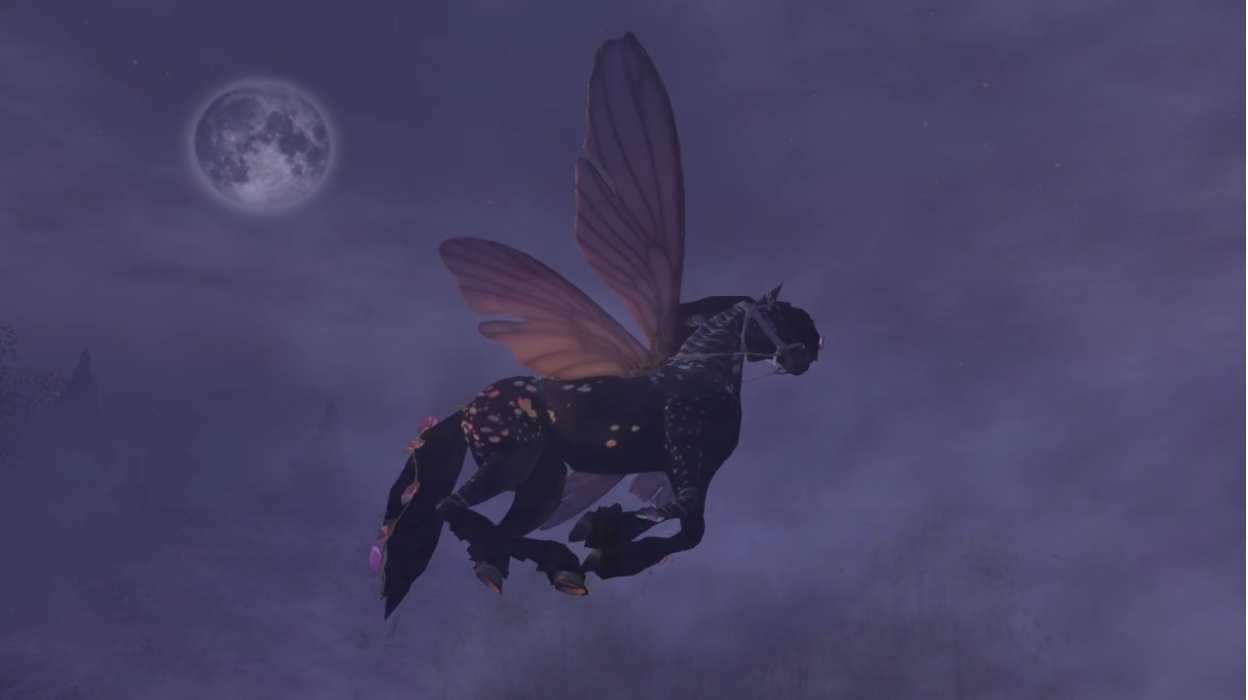 The Fly-Away Horse is the second short film produced by CEH Productions, featuring a work of literature and visual storytelling.

The Fly-Away Horse, based on the poem of the same name by Eugene Field (1850-1895), features Duvetyne Resident as “The Child”. The creators wanted a child who could be any child: not too young or too old, capable of clambering up a hill in their jammies, and riding the fly-away horse off to adventures beyond the moon.

The Fly-Away Horse is available on YouTube and Vimeo.

If you enjoy The Fly-Away Horse, we encourage you to share it with your friends and family.  We could all use a bit of gentle adventure these days, and who wouldn’t want to ride with a lion, dance with a bear, or frolic in the trees with the playful monkeys – even if just for a minute, or three.

By the way, if you are a resident of Second Life, you can get your very own The Fly-Away Horse – it’s the new rideable Realhorse Pixie Horse from Elite Equestrian.

“The Fly-Away Horse” is a poem by Eugene Field (1850-1895) a popular humorist and newspaperman often called the “Poet of Childhood.” He is best known for his poems “Wynken, Blynken, and Nod”, “The Duel” (also known as The Gingham Dog and the Calico Cat), “The Sugar Plum Tree”, and “Little Boy Blue.”  These poems, as with The Fly-Away Horse, often take the form of lullabies.

Known for his satire, his early humorous works were whimsical, often sardonic —for example, suggesting that children pat the wasp, eat a wormy apple, or put mud in baby’s ears—seems indicative of Field’s early attitude toward children. He had the reputation of making faces at, or otherwise teasing, small children when he thought he was unobserved by adults.

Throughout his career, Field was well regarded by his fellow journalists, and he had a wide circle of friends. His love of pranks and flippant sense of humor, which caused him trouble in his school days, made him popular as an adult, for the pranks were without intent to harm and were the basis of much fun.

Considered from the 1980s, Field’s “poems of childhood” appear to be about childhood rather than for children. That is, they deal with childhood nostalgically, and children have not lived long enough to be nostalgic about much of anything, certainly not about their own childhood.

Considered from the 1980s, Field’s “poems of childhood” appear to be about childhood rather than for children. That is, they deal with childhood nostalgically, and children have not lived long enough to be nostalgic about much of anything, certainly not about their own childhood.

A Christmas Carol by Charles Dickens